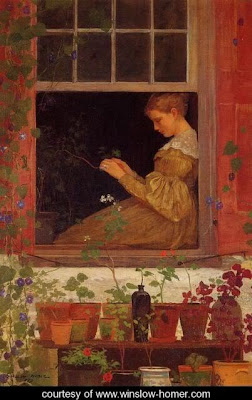 Dateline: 1 July 2010
By: Herrick Kimball (hckimball@bci.net)
1.    All submissions must conform to the following haiku format: Only three lines to each poem. Five syllables in the first line, seven syllables in the second, and five in the third. No rhyming allowed. That’s all there is to it. Here is an example:

Barn cats a waiting
patiently at milking time,
looking for a drink.
2.   All submissions must relate to aspects of agrarian life or traditional agrarian culture. Possible themes include gardening, small-scale farming, trees, the weather, wild animals, domesticated farm animals, insects, and so on. Another theme that can be included in the poetry is family (i.e., mother, father, brothers & sisters, grandparents) and aspects of family life lived within the rural setting, either on a farm, ranch, or homestead.

Your submissions can simply capture a snapshot of agrarian life (as the example above does). They can also call to mind old-time agrarian crafts, customs, or sentiments.

3.   The poems you submit can be upbeat as they celebrate the beauty of creation or agrarian life. You poems may also be poignant. And they can be humorous, even silly to a degree. However, dark, melancholy, angry, profane, vulgar, obscene, offensive, confusing or off-topic haiku poems will not be accepted for this contest. Here is an example of an off-topic haiku poem that would not be accepted:
Hank was the town drunk.
I saw him sway but not fall.
He was good at it.
4.   Traditional Japaneese haiku often reflects nature-worshiping Shinto beliefs, but this contest will not accept any poems that are overtly Shintoistic. Nor will any poems be accepted that communicate overt athiestic, pagan, pantheistic, new-age, buddhist, moslem, etc spirituality. If you choose to submit a poem with a spiritual dimension, it must fit within the commonly understood context of non-denominational, biblical Christianity.

I understand this rule may offend some, but that is not the intention. The fact is, anyone, regardless of their nationality, race, gender, religion, etc., is welcome to enter this contest. The only thing excluded are certain categories of haiku poetry.

5.   All contest entries must be original works of haiku poetry created by the person who makes the submission.

6.   Anyone, anywhere in the world, is eligible to enter this contest and win one of the prizes.

7.   Each person may submit up to three haiku poems.

8. Submissions will be accepted by e-mail only (send them to: hckimball@bci.net) and must include:
a)    your first and last name
b)    your age (just indicate “adult” if you are over 18 years old)
c)    your full postal mailing address (so I’ll know where to send your prize.....if you are a winner).
Your age will determine the category your poem is placed in.

9.   The first and last name, and the state, of all poets will be posted with their poems. The street and town where you live will not be made public.

10.   The names and addresses of contestants in this contest will not be compiled, sold, and/or used in any way, shape, or form for any  marketing purposes.

11.   By submitting haiku poetry to this contest, you are giving permission to publicly post your poem to this web site for an indefinite length of time. You retain all other rights to your poetry.

13.   Winners will be announced here on December 1, 2010. Prizes will be sent out shortly thereafter.

16.  If you submit poetry, you must understand that this is a “good faith” contest. The sponsor pledges to do the best he can to operate it in a fair and honest manner, and you have to trust that to be true. There is no third-party oversight or verification of how this contest is run and how prizes are awarded. The sponsor will not be responsible for any omissions or oversights on his part.

17.   The sponsor of this contest reserves the right to shorten the duration of the contest if the number of entries exceeds his expectations and ability to properly handle them.

Send your questions and haiku poetry submissions (as explained in #8 above) to: hckimball@bci.net
Posted by Herrick Kimball 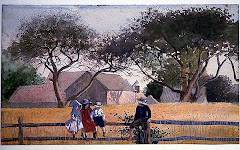 Click the categories below to read the submitted haiku poems. Then send me yours.

How To Participate in This Contest 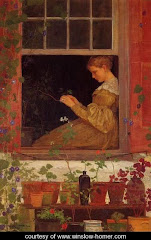 Click on the reading girl to read the contest rules & guidelines 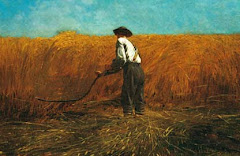 Click the picture to read agrarian haikus in the adult category 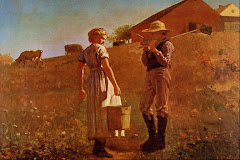 Click the picture to read agrarian haikus in the teen category

Click the picture to read agrarian haikus in the youth category

The Winners of This Contest...

Click the above picture to see the prize-winning poems

Sincere Thanks to Mr. Winslow Homer 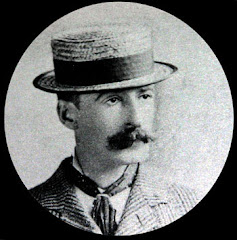 For supplying many of the paintings for this year's contest

Click the logo for a word from the sponsor